(continue to the end to enter Operation Clambake!)

Scientology is arguably a dangerous cult that masquerades as a religion. In each country in which it is allowed to operate there are reports of lost fortunes, broken families and suicides. However, despite the death of its founder in 1986 (L. Ron Hubbard, a science fiction writer), the organisation continues to survive. 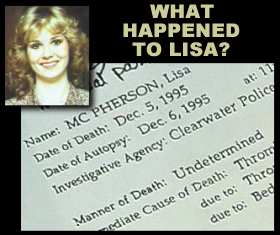 Why does it continue to survive? Is it because there is something inherently true in its teachings or set of beliefs? I would argue that that is not the reason. The main reason, in my opinion, is that Scientology survives through the protection afforded it by copyright laws in a way that copyright laws were not designed to address.

By using copyright laws the Church of Scientology withholds information about the teachings of its founder from the public. The public sees only a limited amount of information, information the "Church" feels will not harm its reputation to any great degree. Thus people are attracted into it based on this limited information and its seemingly fascinating possibilities. Once in, the existing members of that organisation have the opportunity to possibly erode the critical thinking faculties of the new member over a period of years. After that, the person has either left, been evicted or possibly their critical thinking faculties have been eroded to the degree where the absurd is accepted as spiritual truth.

I think people have the right to know.

Copyright laws were designed to protect the public, as all laws are. They were created "in the public interest". In the case of copyright laws it was deemed that the arts could benefit by giving financial protection to those people who create works of art and so encourage others to do the same. Copyright laws have since been extended to cover many other fields of human endeavour and creativity. However, the basic principle behind it remains the same.

Within the copyright laws there are certain "permitted acts" whereby infringements can justifiably be made despite the wishes of the author or creator. One of these is in the field of education. Suppose a great playwright were to write a play that resulted in the turning point in the history of the arts in that country, and that the playwright for some reason refused all and sundry to publish their work. Would the copyright laws act to ensure that the wishes of the playwright were respected so that their work could never be studied and appreciated? No it would not! This is not in the spirit of the copyright laws. Places of education would be free to study their work. Copyright laws are there to help make these works available to the public and for the benefit of the public, not to suppress them. 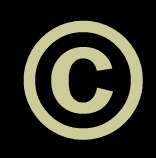 How do copyright laws apply in the field of Scientology? Well there has always been the provision for quoting from a published work for the purposes of review or criticism. But what of unpublished works and works published under restrictive conditions? How may a critic quote from a work that has never been published in order to give a fair criticism of the content? It could be argued that the critic would have to reproduce a substantial part of the work in order to make their critical point. Maybe all of it. In any case, if it were an unpublished work with no intention of publication then why should it enjoy the protection of copyright law - a law that is there to encourage the publishing of works? Also if a work were published under restrictive conditions, perhaps because the work were not freely available at a fair or sensible price, then the same argument might apply.

In the case of the secret teachings of Scientology, the Church of Scientology might argue that withholding the information is "in the public interest" in that the teachings can only be revealed to those who have reached the stage of spiritual evolution where they can be appreciated. And in being the custodians of these materials and in the event that many more people would become Scientologists in the future and the same comment about spiritual development would apply then it could be argued that copyright law entitled them to permanently withhold the information since this would therefore be in the public interest. Indeed, they have used this argument in court.

The Church of Scientology is using copyright laws to withhold information from the public. Are they doing this for honest or dishonest reasons? In the case of doubt there is one way to find out. That is to publish their material. Not extracts but in some cases its entirety so there can be no argument about quoting out of context or misinterpreting what was written.

I, Andreas Heldal-Lund, have reviewed the secret materials of Scientology and after careful consideration have concluded that these materials are being kept secret in order to withhold information from the public with the sole purpose of deceiving the public as to the true nature of Scientology. I feel it is my moral duty to society to reveal this information to the public in order to alert them as to its nature. My belief is that the content of this material will clearly vindicate my actions.

In the following pages I have set out this information. In some cases I have decided upon the necessity of including full details and full text about certain topics in unpublished works and some restricted works so that the criticism of quoting out of context cannot be levelled.

You, the reader, must agree not to use these pages in any way that would infringe any legal rights. You must agree to these terms before progressing any further.