Why are some pages on xenu.net not indexed on Google?


If you search for Scientology critical information on Google, you will sometimes see this text at the bottom of the search result:

Before USA introduced the Digital Milennium Copyright Act (DMCA) there was uncertain as to who was responsible for all the information and data that was published on the Internet. Digital sharing and easy publishing through personal web sites was a challenge as a lot of critical information became easily available. The Church of Scientology (CoS) was the first large organisation that took on the Internet in a large scale and didn't give up when they met resistance.

When Operation Clambake started publishing CoS secrets in 1996, CoS already had lawsuits going on in USA and Europe against other critics and former members who had released such secrets. For many years we played a cat and mouse game - as soon as CoS managed to take one site or page down, we were ready with new sites and documents on other servers. The goal was to make sure information was easily available for all. 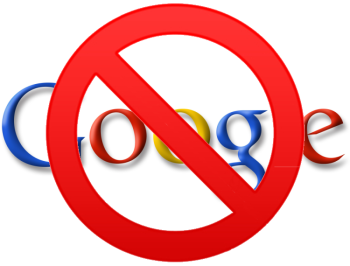 The way CoS got rid of critical information on the Internet was to first file complaints to the publisher, and if I didn't budge they went for my web or network providers. For some reason they never sued me. Since the Internet was new, nobody knew who was legally responsible. When CoS lawyers sent threatening letters to my web provider, many of them caved because of this.

DMCA gave CoS a new tool. The CoS law company, Moxon & Kobrin, started to file complaints with Google in 2002 who first removed all links to Operation Clambake from their index (list of links in complaint). This created a lot of media attention and Google was forced to rethink their approach. The complaints from CoS against Operation Clambake made Google start publishing all DMCA complaints to Chilling Effect Clearinghouse (CEC). CEC is a collaborative archive created by Wendy Seltzer and founded along with several law school clinics and the Electronic Frontier Foundation to protect lawful online activity from legal threats.

While individual pages on Operation Clambake still are being removed from Google search results, at least you will be warned when and provided a link to the complaint. Ironically the complaint includes a link to the document removed. While CoS might have won some fights, they have today lost the war. The massive online resistance and information now available on the criminal cult is just impressive.